If you own a smartphone, you undoubtedly have heard the terms 3G, 4G, and LTE. Cellular providers such as AT&T and Verizon continuously advertise they have biggest or fastest 4G network or LTE network. It’s difficult to understand how each company can make those claims. However, when buying a new smartphone, it is important to understand the difference. The type of data network can directly impact the performance of your smartphone.

When you buy a smartphone, you are typically required to sign up for a service plan that defines a certain amount of calling minutes and data usage. Once connected to the cellular provider’s network, the smartphone can communicate with the outside world to support features such as email, maps, and Internet browsing. Many of the smartphone apps rely on sending and receiving data across the network.

When describing smartphone data networks, you commonly hear the terms 3G, 4G, and LTE. This refers to the generation of network technology.  The third generation network, known as 3G, is the oldest technology of the group. 4G is the fourth generation data network and LTE stands for Long Term Evolution. The basic difference between them is the speed of the network. When selecting a smartphone, the older models may not support the newer data network technology. It is important to select a model that supports a data speed appropriate for your needs.

The 3G network was the first technology with sufficient speed to provide a decent user experience on a smartphone.  There were some smartphones that used the older 2G EDGE technology, but the data speeds were slow and the user spent a lot of time waiting for data to load.

Each of the major cellular providers have 3G networks that provide coverage across most of the country. There are two competing 3G technologies currently being used: Global System for Mobiles (GSM) and Code Division Multiple Access (CDMA). AT&T and T-Mobile use the GSM technology while Verizon and Sprint use the CDMA technology. Since the technologies are not compatible with each other, this is the reason you can’t use a Verizon phone on an AT&T network (or vice versa).

The 4G technology is the successor to the 3G technology. Cellular providers are still building out their 4G networks. Theoretically, 4G is much faster than 3G. But before we start comparing 4G speed to 3G speed, it is important to understand there are different versions of 4G.

When talking about 4G, things can get a little confusing. Basically, there is 4G and 4G LTE.  Many people consider LTE to be true 4G technology. Generally, if a cellular provider describes a 4G network without mentioning LTE, they are probably talking about a High Speed Packet Access (HSPA) network. The HSPA network is a faster version of the 3G GSM network. While not as fast as an LTE network, it is still faster than a 3G network. Since LTE is still relatively new, the cellular providers haven’t fully built out their LTE networks yet. Be careful when looking at the network coverage maps on the providers’ websites. Some companies claim to have broad nationwide 4G coverage.  They may really be talking about HSPA coverage and not LTE coverage.

In theory, LTE can be up to ten times faster than 3G. In practice, the actual network speed will vary based on network load and signal strength. Even if LTE does not meet its theoretical speed, it is still much faster than 3G. Activities that require large amounts of data, such as streaming movies, work very well on an LTE network. If you plan to perform a lot of data-hungry activities or simply want the best performance when surfing the Internet, you should really plan on buying a smartphone that supports LTE.

This page on the Apple website compares all the current iPhone models.

When buying a new smartphone, don’t be fooled by all the marketing hype about 4G and LTE networks. Understand the different network technologies available and try using the Internet on the smartphone before you buy. The LTE technology provides the fastest cellular data network available and the speed difference between LTE, 4G (HSPA), and 3G can be quite noticeable. 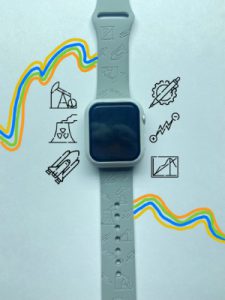