Multitasking Gestures on the iPad

Both the iPhone and iPad are capable of multitasking, however, with iOS 6, only the iPad supports multitasking gestures.

Multitasking gestures allow you to perform certain activities with swiping or pinching motions of your fingers.  The iPad and iPad mini have screens large enough to effectively use gestures, while the iPhone screen is a little too small. 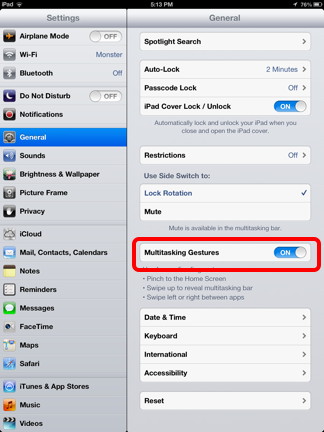 Gestures allow you to perform certain functions that normally require pushing the Home button.  Instead of using the Home button, you will simply swipe anywhere on the iPad screen with either four or five fingers.  Some of the functions you can perform with gestures are described below.

When switching between apps, think of a scroll with the most recently used app on the left.  As you swipe from right to left, the previously used app is now displayed.  Keep swiping from the right to see older apps.  Swipe from the left to go back to more recent apps.  The apps will appear in the same order in which they show in the multitasking bar.

Once you get used to the gestures, you will find the multitasking function on the iPad to be a little easier to use.

One thing to note when you have multitasking gestures enabled, it is possible for the gestures to interfere with the function of some apps.  As an example, if a game has a function that requires you to swipe with four or five fingers, you may find the game does not behave correctly.  If this occurs, try turning off Multitasking Gestures in Settings. 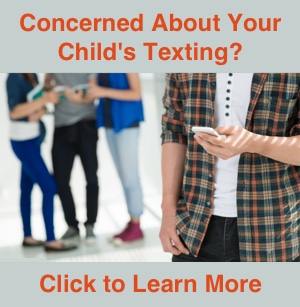